The successful Sign Africa Durban expo, held from 16-17 March at the Durban ICC, attracted 1015 visitors from around KwaZulu-Natal, Free State, Lesotho and Mozambique.

The event was well received by visitors and exhibitors alike. The event was sponsored by Platinum sponsors Roland DG South Africa and Stixo Signage Supplies. 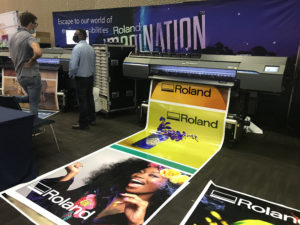 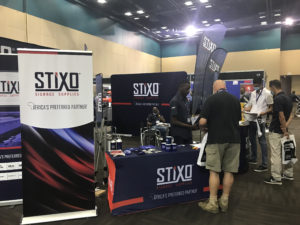 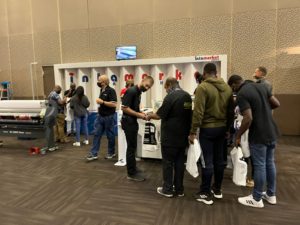 Exhibitors had positive feedback about the event:

‘The expo has been absolutely fabulous. The quality of leads I got, which included clients I never even knew about who are in Durban, has been astronomical. I’m so impressed. The organisation of the expo was brilliant and everything ran so smoothly,’ said Carol Badenhorst, Exion Corp.

‘We had a good turnout at the show. People were excited about the launch of the new TrueVis 3 range of Roland print and cut machines, including the VG3 and SG3, with wide colour gamut. Overall, I think we had a good show with some good leads that will turn into sales,’ said Gary Govender, Roland DG South Africa.

‘We got a lot of feet on the stand, a lot of leads and had a good response. We closed a deal already and are also waiting to close another big deal. Everything was superb and I am happy,’ said Aron Mudau, Curv Signage Systems.

‘We were really excited to be back in Durban after two years of no expo’s in the region because of Covid. We picked up a lot of new prospects. Many customers are positive that the Durban market is opening up again. It was a very positive show for us,’ said Gourav Baid, Allrich.

‘It was a great show and it was great to see the visitors coming out here again. We had some quality leads and we sold an HP Latex 700W off the stand,’ said Llewelyn Botha, Midcomp.

‘There were a lot of quality leads. There was also a lot of interest in our DTF entry level system and heat transfer films,’ said Laetitia Schreuder, Rexx Screen & Digital Supplies.

‘The show gave us quality visitors. There were a lot of people interested in new machines after a two year drought of no expo’s. We even had visitors from Johannesburg at our stand and we think we’ll have a couple of sales after the show,’ said Frikkie Booysen, Sheetco.

‘The interest in our entry level Intec machine, which is not really rivalled in the industry currently, was fantastic. Most people commented that they’d never seen something like this machine before. We had an unrelenting queue of visitors coming through our stand and it was a very good show for us,’ said Richard Bell, Intamarket Graphics.

‘The quality of leads was amazing – we also met with visitors who live outside of Durban. We made a lot of sales and it’s the first time that we sold three systems at the show and had the buyers pay for the systems at the stand,’ said Jordan Steinbach, Manager, UPrint SA.

‘The show was a success. We were impressed with the amount of leads we got. The customers who came through were those that we haven’t had contact with for a while, so it was good to make contact with existing customers as well as getting to know new customers. We’ll definitely be back next year and we’re looking forward to a bigger show,’ said Illze Bester, Kolok.

‘It was a good show with quality leads. We managed to close some sales and we did very well,’ said Tebogo Pholoholo, JG Electronics.

‘It was a pretty good show and we had a lot of interest from visitors. We estimate that we might have sold between 1 to 4 machines. The show provided good brand exposure,’ said Allan Hobbs, Maxlaser. 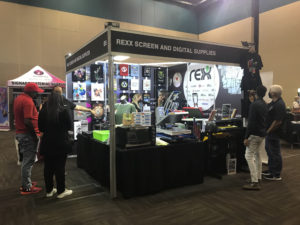 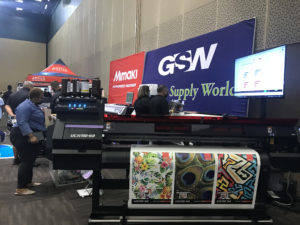 Judges visited each stand at the expo and judged the stands according to criteria based on design, staff friendliness and professionalism. The results are as follows: 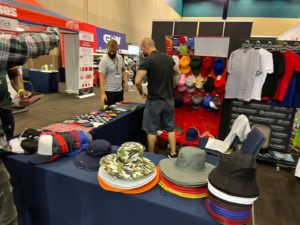 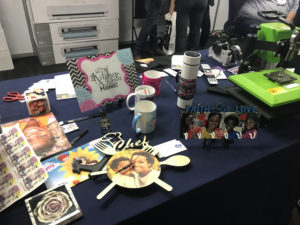